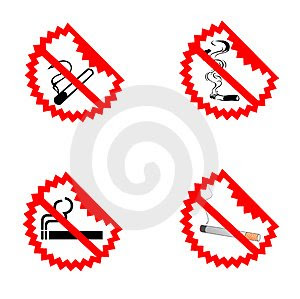 � Secondhand smoke, also known as environmental tobacco smoke, is a complex mixture of gases and particles that includes smoke from the burning cigarette, cigar, or pipe tip (sidestream smoke) and exhaled mainstream smoke.
� Secondhand smoke contains at least 250 chemicals known to be toxic, including more than 50 that can cause cancer.

Current Estimates of Secondhand Smoke Exposure
� Exposure to nicotine and secondhand smoke is measured by testing the saliva, urine, or blood for the presence of a chemical called cotinine. Cotinine is a byproduct of nicotine metabolization, and tobacco is the only source of this marker.
� From 1988�91 to 2001�02, the proportion of nonsmokers with detectable levels cotinine was halved (from 88% to 43%).
� Over that same time period, cotinine levels in those who were exposed to secondhand smoke fell by 70%.
� More than 126 million nonsmoking Americans continue to be exposed to secondhand smoke in homes, vehicles, workplaces, and public places.
� Most exposure to tobacco smoke occurs in homes and workplaces.
� Almost 60% of U.S. children aged 3�11 years�or almost 22 million children�are exposed to secondhand smoke.
� About 25% of children aged 3�11 years live with at least one smoker, compared to only about 7% of nonsmoking adults.
� The California Environmental Protection Agency estimates that secondhand smoke exposure causes approximately 3,400 lung cancer deaths and 22,700�69,600 heart disease deaths annually among adult nonsmokers in the United States.
� Each year in the United States, secondhand smoke exposure is responsible for 150,000�300,000 new cases of bronchitis and pneumonia in children aged less than 18 months. This results in 7,500�15,000 hospitalizations, annually.
Share on FacebookTweet on TwitterPlus on Google+
Newer Post Older Post Home